The 30th North American Llama & Alpaca Show kicks off two weeks of National level livestock shows held at the North American International Livestock Exposition (NAILE) in Louisville, KY during the first two weeks of November each year. This year’s show runs November 4-6, 2022 and will showcase two NEW events including the "Leaping Llamas and Llama Limbo. Returning this year will be a sanctioned double ALSA Halter Show and a double ILR-SD Show. This year’s ILR-SD Halter judges will be Ana Reese, TX and Niki Kuklenski, WA with Performance Judge Phil Feiner, NY and Judge Elaine Brovont, IN lining up the alpaca entries as well as the walking fleece classes. Once again the North American Llama Show will be the premier llama event in the Southeast. You don’t want to miss it this year!

SILENT AUCTION IS BACK!!! 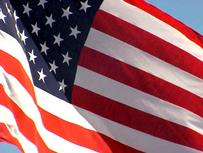 PLEASE NOTE:
State Vet inspection required prior to entering Kentucky Expo Center.
DO NOT UNLOAD AND STALL YOUR LAMAS UNTIL YOU HAVE SEEN THE STATE VET.
SEE HEALTH REQUIREMENT INFORMATION  - NO MORE BLOOD WORK FROM FREE STATES.

The 30th North American Llama and Alpaca Show is a part of the North American Livestock Exposition (NAILE) which is the World's largest purebred livestock show! The event is held at the Kentucky Fair and Exposition Center, Louisville, KY which you will find to be one of the finest in the country. NAILE is more than a llama and alpaca show. It has a variety of species of livestock exhibited over a 2-week period. Along with the livestock, the east wing is full of vendors of all kinds for your shopping pleasure. It's a can't miss event!